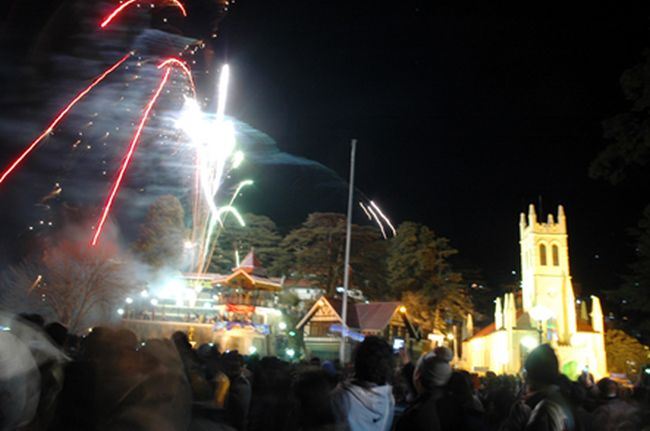 The capital and largest city of Himachal Pradesh which was once the capital of Punjab in the beginning is the most visited hill stations of North India. It is also the best choice for people who want to have a best memorabilia of enjoying New Year’s Eve in the mountains of ‘Queen of Hills’ with the Pahari people famous for their friendliness. Get up early to see the heroic rising of the Sun. Roam around the famous Lakkar Bazaar for wooden toys and crafts. The Ridge is a must visit place if you have planned to celebrate New Year in Shimla. The open street on the side of the Mall Road has almost everything to offer to a tourist. Being the center of organizing all the festivals and programs in the city, it welcomes the New Year too in an overwhelming manner. Another attraction of Shimla is Kufri which is less crowded and reserves Himalayan Monal, the state bird of Himachal Pradesh in its Zoological Park. Take a funfilled ride of Toy Train to Kalka which is a small town in the Panchkula district of Haryana. So reserve your hotels soon for a fantastic New Year Party.